Each reading will help answer a set of questions.

During the course of these readings, we learn that “The Son of God” is called:

*Jesus (Matthew 1: 21) for he shall save his people from their sins.

God sent his messenger with a message that was meant for Mary, he knew her by name and he gave her the message and Mary accepted her message (destiny)

The baby was gifted Myrrh, because he was sent with a purpose.  He came to earth to give us a chance to change.  Later on we’ll learn about his death, instead I want to think of it as a chance, an opportunity to change.  Jesus came to earth so that I had a chance at a new way of life. He came so that the church has new opportunities.  And this church is in  a stage of change…  He was destined to die for our sins!

God sent his messenger with a message that was meant for Joseph and he explained to Joseph that he would be the step-father of the baby and that through him a promise would be filled.  And Joseph accepted his place in the life of that child (heredity, lineage).

The baby was gifted with Frankincense, and named Immanuel, because like us, he would be disappointed and he would need to call out to the Father… Priest of Priests!

*Messiah (Matthew 2: 4) for the Hebrew term, Mashiach, “the anointed one.”

Unlike the other names that the baby has been called, this one doesn’t come from an Angel…this is a name that came from a King, King Herod recognized who he was dealing with. Do you think that’s why he lied?

The baby was gifted Gold, because he had an anointing on his life from birth.  While most often people think of the Gold mentioned as “precious metal”, some have thought that this might actually be the oil used to anoint kings. King of Kings!

Why all the name changes?  Well, he was King, Priest, and Savior.

And again I ask, what was the first “Christmas” gift?  The very first gift wasn’t for the manger born baby, but rather for all living creatures.  On that day, in the most meager of circumstances, we were gifted by God, in the wrappings of a child.

And the first gift given by the Magi on that day, wasn’t Gold, Frankincense or Myrrh…it was worship!  When the wise men arrived at the manger, their bodies tired from a long journey, their hands laden with gifts (each a symbol of the ministry of Jesus), their pride and gifts were forgotten and they BOWED DOWN AND WORSHIPED! 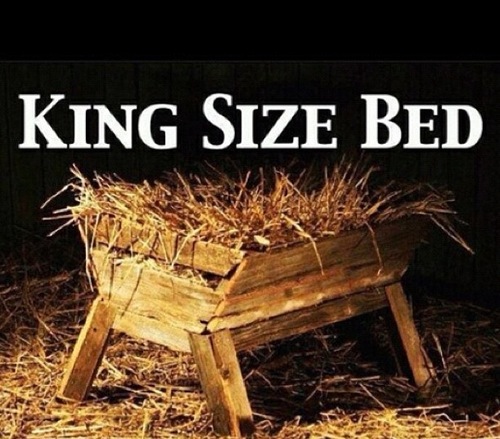